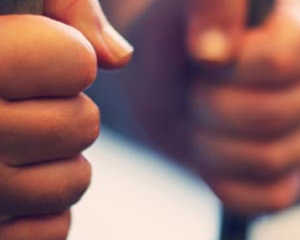 Both drug possession and drug trafficking charges start with someone arrested for having drugs in their possession. However, the similarities end there. Since defendants and their families often get confused on the differences between drug possession and drug trafficking, we thought this blog post would be a great help. If you have any other questions pertaining to you or a loved one’s case, be sure to call our Grand Rapids defense attorney.

Drug possession just means that illegal drugs were found on your person, in your car, or anywhere where you had reasonable access. Drug possession could also mean that you were caught using drugs during the time of your arrest. A drug crimes attorney will aggressively defend your rights so you can receive the best outcome at trial.

A drug possession conviction typically carries a sentence of a year or more, depending on the substance and amount found. Since drug trafficking is a more serious crime, you could spend up to several years in prison. To ensure the best outcome for your drug trial, you’ll want to hire a criminal defense attorney experienced in defending clients charged with drug crimes.

A drug trafficking conviction is a felony that goes on your permanent criminal record. While this may not seem like a big deal at first, keep in mind that more and more people are using criminal background checks as a way of screening people. For example, an employer may run a background check to screen applicants before calling back people for interviews. This can make getting a job difficult after getting out of prison. You may also have difficulty finding housing or securing loans. Possession of narcotics is also considered a felony, which carries the same consequences.

Who do I hire to represent me against drug charges?

As soon as you are charged with a drug crime, you’ll need to contact an experienced drug crime attorney to represent your case. They will aggressively defend your rights so you can avoid jail time or reduce your sentence. Since a drug crime conviction has a significant impact on your life, you’ll want to make sure you hire someone with the necessary experience.

If you are interested in hiring our Grand Rapids criminal defense attorney, give our law firm a call at (616) 459-5344. Attorney Jerry Beurkens will fight aggressively for your rights so you receive a fair trial.

Our criminal defense attorneys help individuals who are worried about paying heavy fines, going to jail or losing their jobs. Let our years of experience work for you! Get a free case evaluation here or call us right now at (616) 459-5344.